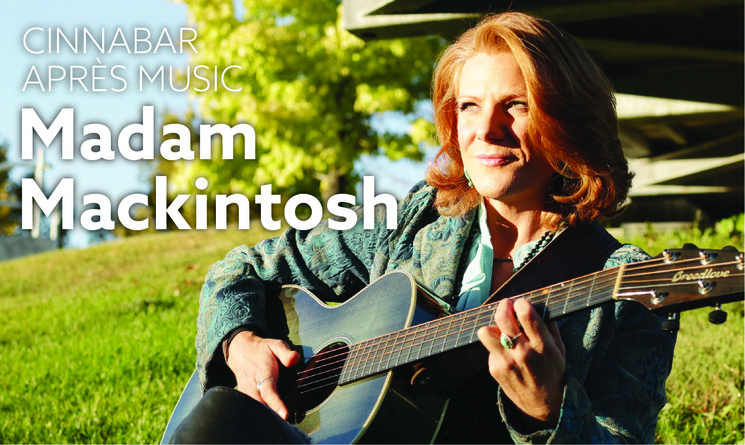 About: Madame Mackintosh is a mountain soul singer-songwriter. With a unique voice that can sound alternately sultry, bluesy, or just downright beautiful her music acts are not to be missed.  This Mother, Muse, Mystic, Singer-Songwriter & multifaceted Musician is a natural-born singer with a gypsy soul, born and raised in Salt Lake City, Utah. Her mother claims she's been singing since day one and her father taught her to play the piano as soon as she could reach the keys, and pick a guitar at the age of 15. In between frequent gigs in and around Utah and surrounding states, she is currently writing her own screenplay, while songwriting and working to produce her long-awaited Sophomore album with plans to tour and show her son the world.  Since Brooke began her musical journey, she has shared the bill and the stage with renowned artists, such as Eagles Hit songwriter, Jack Tempchin, "You Were Meant For Me" Co-Songwriter, and touring artist, Steve Poltz, Nashville artist and songwriter, Erin McCarley, Grammy Award Winning Songwriter, Monty Powell, Lumineers Guitarist, Maxwell Hughes, Jason Mraz Produced, Gregory Page, Musician & Hollywood Actor, Brad Carter, Django Soundtrack Artist, Brother Dredge and Teen Folk Sensation, Sammy Brue. She's performed the National Anthem for many motor races such as the first Utah NASCAR race, (Nationally televised with over 10,000 in attendance,) and Motorcross Races around the state. She has since performed original work for hundreds of venues, festivals and events in the Western U.S, including The Belly Up, Humphreys By The Bay, Prestigious Ski Resorts, San Diego Fair, La Jolla Art & Wine Festival, OFOAM Ogden Music Festival and The Sundance Film Festival, etc. Not easily pigeon-holed, Brooke's music is  Soul undertoned by more popular genres. She calls it "Indie Acoustic Mountain Soul."