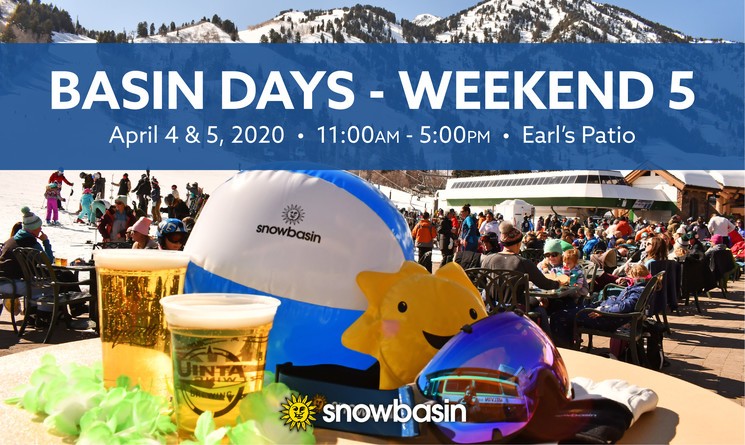 Join Snowbasin as we welcome spring with a free festival like après party on Earl's Patio. Beer service starts at 11 am and free music starts at 2 pm.

This weekend we will have Melvin Brewing, Cerveza and Mother Earth sharing their local beers from 11 am - 5 pm.

About Eric Heideman: Ever since Eric first picked up a guitar, the instrument captivated his heart and soul. The 20-year-old blues guitarists and singer has continued to be inspired by old and new blues musicians such as Robert Johnson, T-Bone Walker, B.B. King, Ronnie Earl, Danielle Nicole, Kenny Wayne Shepherd, and Jonny Lang.  "Get Off My Back" is Eric's first full-length Album. "The Crow Cries at Midnight" delves deep into Eric's personal life. "It's a song that's very close to my heart. I wrote it about a friend and bandmate who lost his life due to suicide a few years back. He ultimately inspired me to sing and to write my own music, and I felt it necessary to honor him on my first album." "Outrun the Fire" concerns police violence towards African Americans. "I feel like as a country we could be in a better place when it comes to racism, sexism, homophobia, and transphobia. We all need to band together if something is to change in this world. No, I am not an African-American and I will never experience what it is like to be racially profiled but to actually experience change, we need to stand up with anyone who is oppressed and stand against racism and bigotry. Many Eric Heideman fans claim that he has "an old soul" and "a stage persona perfect for the blues."