The Past, Present and Future of Wildcat Lift 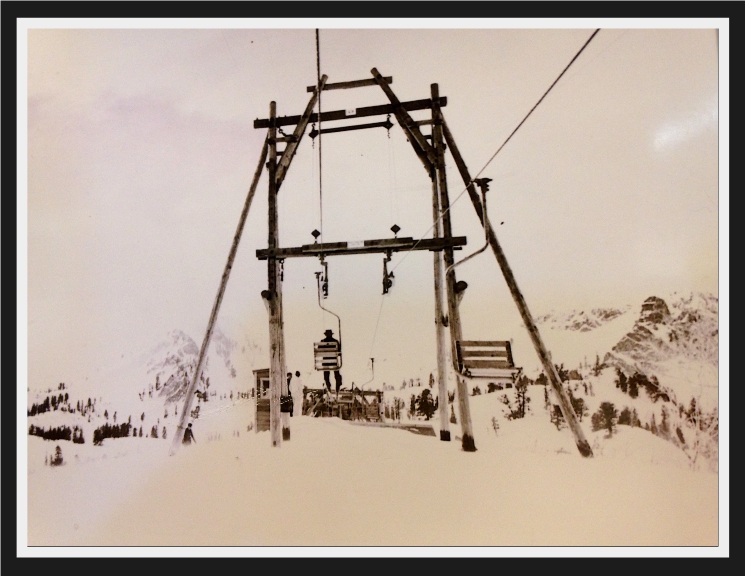 For fifty-one years (1946-1997) one lift served as the main street of Snowbasin Resort.

From the resort's early beginnings Wildcat Lift was the center of the ski area and for several years Wildcat Bowl was the only developed run from that lift. Chicken Springs (now Blue Grouse) and Bear Hollow were cleared years later. For decades, Wildcat Lift carried thousands of happy skiers up the mountainside. Like a good friend you could always depend on, the Wildcat lift would take you to a day of paradise in the mountains.

My early memories of Wildcat started in the late 1970's when the double and triple ran parallel to each other. On the weekends both lifts would be running to help alleviate the long lines. A ride up either Wildcat lift was something to remember and you would pass several popular runs. First you would pass over The Bash, covered in moguls. Only the best bump skiers jammed down The Bash's steep face showing off their moves to cheering lift riders. Next up was Centennial which was usually covered in moguls that were somewhat more manageable. To the left is Wildcat Run, a very popular cruiser and hosted many local and regional ski races.

Now it's time to unload, should we go left, straight or right? So many options from the Wildcat lift. Up until the 1987-88 season, Wildcat was the only access lift to reach the Middle Bowl and Porcupine lifts which was one of the reason for it's popularity. Becker was replaced and extended further up the mountain to gain access to the Middle Bowl which cut down on long lines at Wildcat.

In 1997 the Needles Express 8 passenger Gondola was installed and became the new main street of Snowbasin Resort. Wildcat's popularity decreased and eventually only ran on busy weekends, holidays and race events. Part of the reason Wildcat isn't as popular as it used to be is it's age and speed. Being a fixed grip chairlift that runs about half the speed of the high speed detachable chairlifts and gondolas.

Here is a timeline for the Wildcat lift that was written for Snowbasin's 75th Anniversary Blog Series.

During the summer and fall of 1941 the base building for the Wildcat Single Chair Lift was constructed. The goal was to finish the lift in time for the 1941-42 Ski Season. The Wild Cat Single Chair Lift was designed by E. Constam from Switzerland. E. Constam was one of the pioneers of early ski lift design and made a personal trip to Snow Basin in the summer of 1940 to discuss it. The lift was to be built by the Mine & Smelter Supply of Denver. The lift was to have 120 chairs, 9600 feet of 3/4” cable, 15 wooden towers and a 95 horsepower electric motor. The cost of the new lift was approximately $35,000.

Lift Construction Delayed. Due to Ogden City budget cuts and the onset of WWII, the lift construction was delayed. Most of the materials to build the lift were already on site and had to be stored for several years. They were so close, all they needed was a construction crew to assemble the lift. Between 1941 and 1945 Ogden City and the Ogden Ski Club worked diligently, season after season, to get the lift constructed. The biggest issue was the budget cuts due to WWII. Finally in the summer of 1944 the funding was available -- but by the time a construction bid was approved, it was too late in the year to begin the job, so they would have to wait another season. 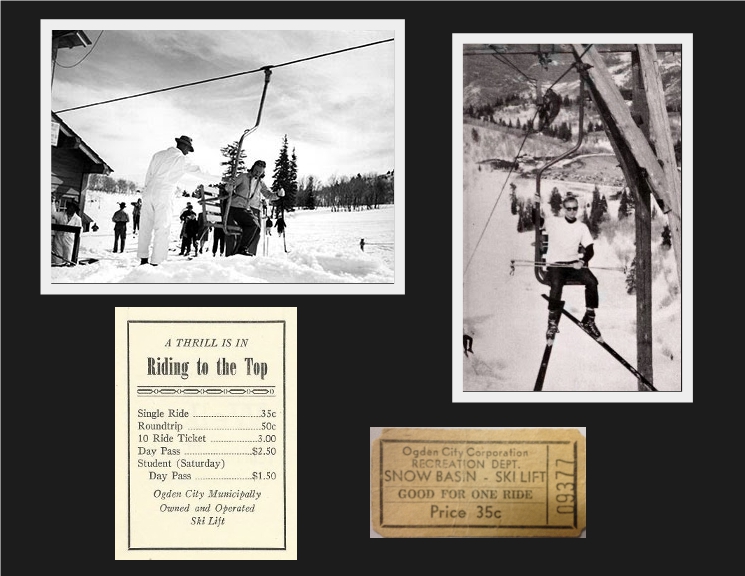 In the summer of 1964 a very much needed second lift was installed next to the Wildcat single chair lift. Built and installed by American Cableways Co. of Provo, Utah at a cost of $150,000.

The new lift was 5200 feet long and was supported by 16 square steel towers. The new lift could carry 900 passengers per hour as compared to the Wildcat single that could only carry 300 passengers per hour. An added safety feature on the new lift were pull down bars. Snow Basin was the second ski area in Utah to have a lift installed with safety bars. At some point, I'm not sure when or why... the safety bars were removed. The Wildcat single chair lift stayed in operation and was used on the busier days. The Wildcat double chair lift was in service until the mid 1980's 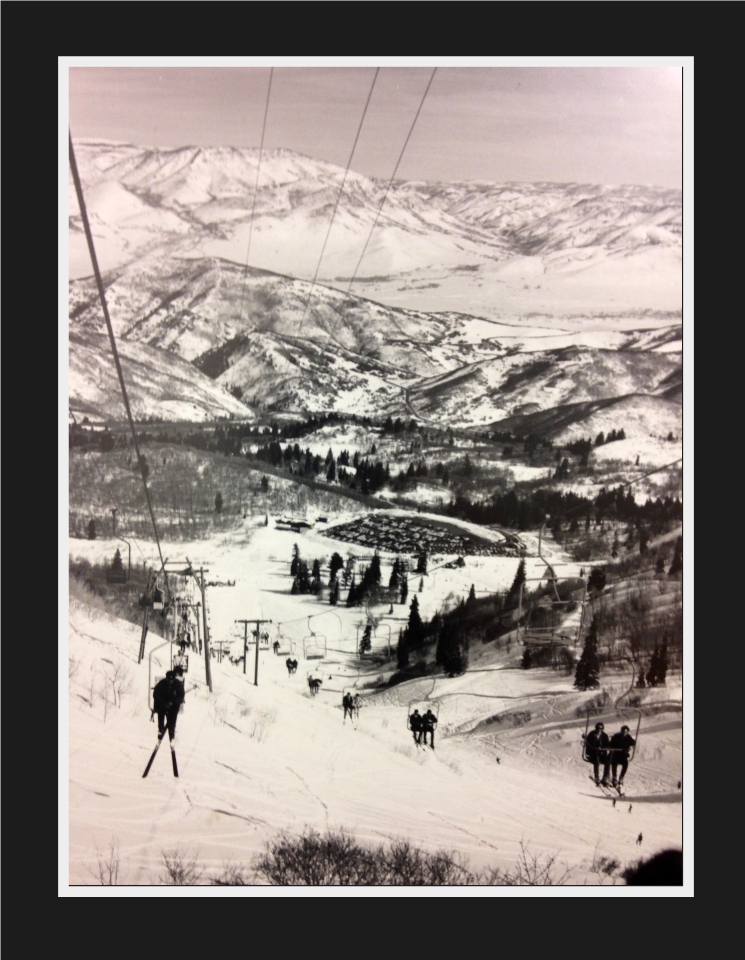 Above: The Wildcat single on the left and the Wildcat Double on the right. Cir. Mid 1960s. Source: Snowbasin Resort.

In the summer of 1973 Snow Basin constructed its first triple chair lift on the location of the Wildcat single chair. The new lift was designed & fabricated in Utah by Thiokol Corp. The new lift could haul 1200 passengers per hour and was 5300 ft. long with 1420 ft. vertical rise. 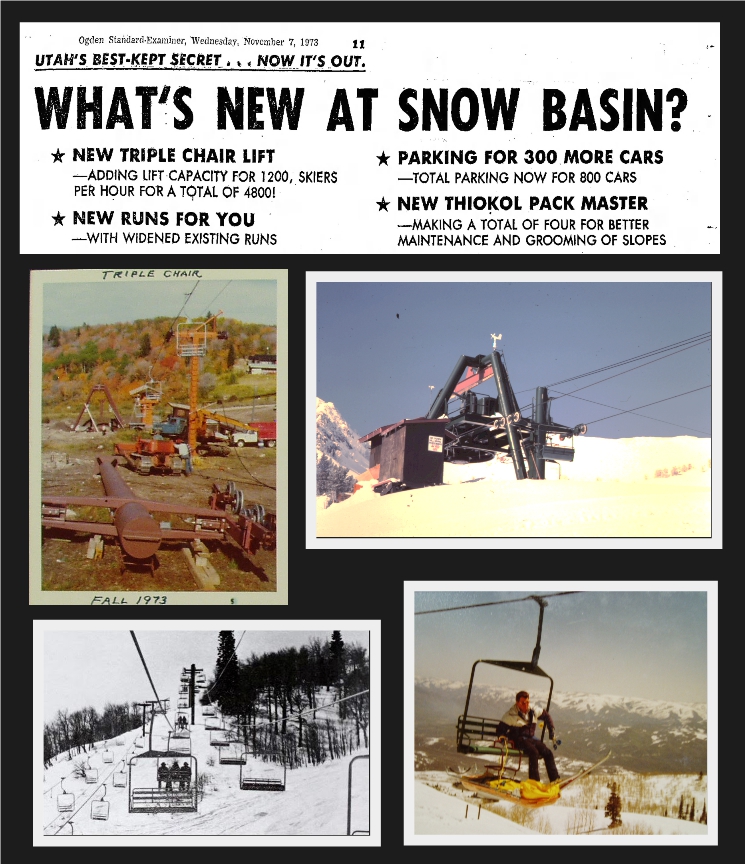 Snowbasin's first ever high-speed six-pack chairlift will be opening in the 2017-2018 season. Built by Doppelmayr USA the new lift will be able to transport up to 3000 passengers per hour. Travel time will be approximately six minutes. The original Wildcat Single chair could only carry 300 passengers per hour and and ran about 1/3 the speed (around 3 mph). The new lift will make the lower half of the mountain more convenient to access. Wildcat offers access to great beginning, intermediate and advanced terrain. 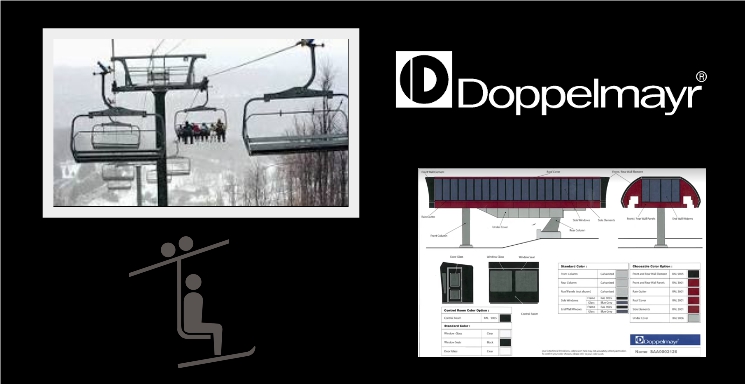 If you know where to look you can find chair lift chairs all around the Ogden area. The original Wildcat single chairs are the most collectible. If you hike Snowbasin Resort in the summertime you just might come across a lift tower foundation from time to time. These old foundations are reminders of Snowbasin's glorious past. 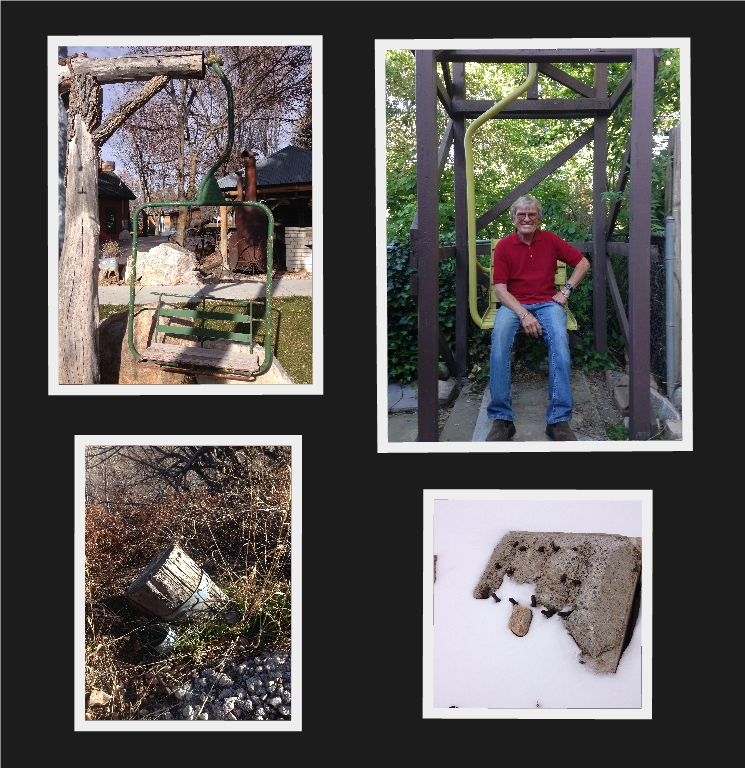 In honor of the historically rich Wildcat Chairlift, Snowbasin Resort has created a historic display with pictures from the past, present and future. This display is located in the Huntington Room and will be available for viewing through April 15.

For more information on the development and history of Snowbasin Resort see the 75th Anniversary Blog Series. Follow the links below: