Ever wonder who that group of skiers are in red jackets roaming around Snowbasin Resort? Those are the Flying Kangaroos or better known as the Australia Olympic Aerialists Team.  I sat down with them to learn a little bit more about them and their training regimen. 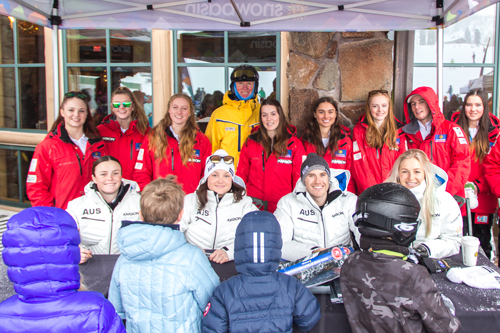 The Flying Kangaroos have been training at Snowbasin Resort for the last 13 years. Steve, their manager says, “Snowbasin Resort is the crown jewel of ski resorts in the world.” And we are happy to host them!

The Australian Aerialists team currently has the number 1 and number 2 aerialists in the world, spend 95% of the time at the top of the World Cup Circuit, have won 42 Olympic titles in the last 15 years,  and had podium spots in the last 4 Olympics.

They spend December through March training every day at Snowbasin Resort. Their days are filled with hitting the slopes during the day followed by gym sessions and studying.  Many are pursuing high school degrees or University degrees while in their training. They live in houses and condos with other team members close to the ski area and the gym.

Many of the team members come from a gymnastics background and some have never even skied before!  The reason behind this is because gymnasts are already comfortable in the air. Steve, their manager, says “It’s like flying a plane, the takeoff is optional, but the landing is always mandatory.”

Abby Willcox, one of the athletes had to spend the first couple weeks of the year off the slopes due to an injury. With the best medical support team in the world, she is back on the slopes now; but while she was out, I spoke a bit with her.  She said the hardest transition from gymnastics to skiing is the cold. She is one of the lucky ones that had skied before, so she had a nice background to start. Her favorite area to ski at Snowbasin is the John Paul area.

Want to keep up with Flying Kangaroos? Check out their website at http://www.owia.org/aerial-skiing-about.html or follow the individual athletes on social media. 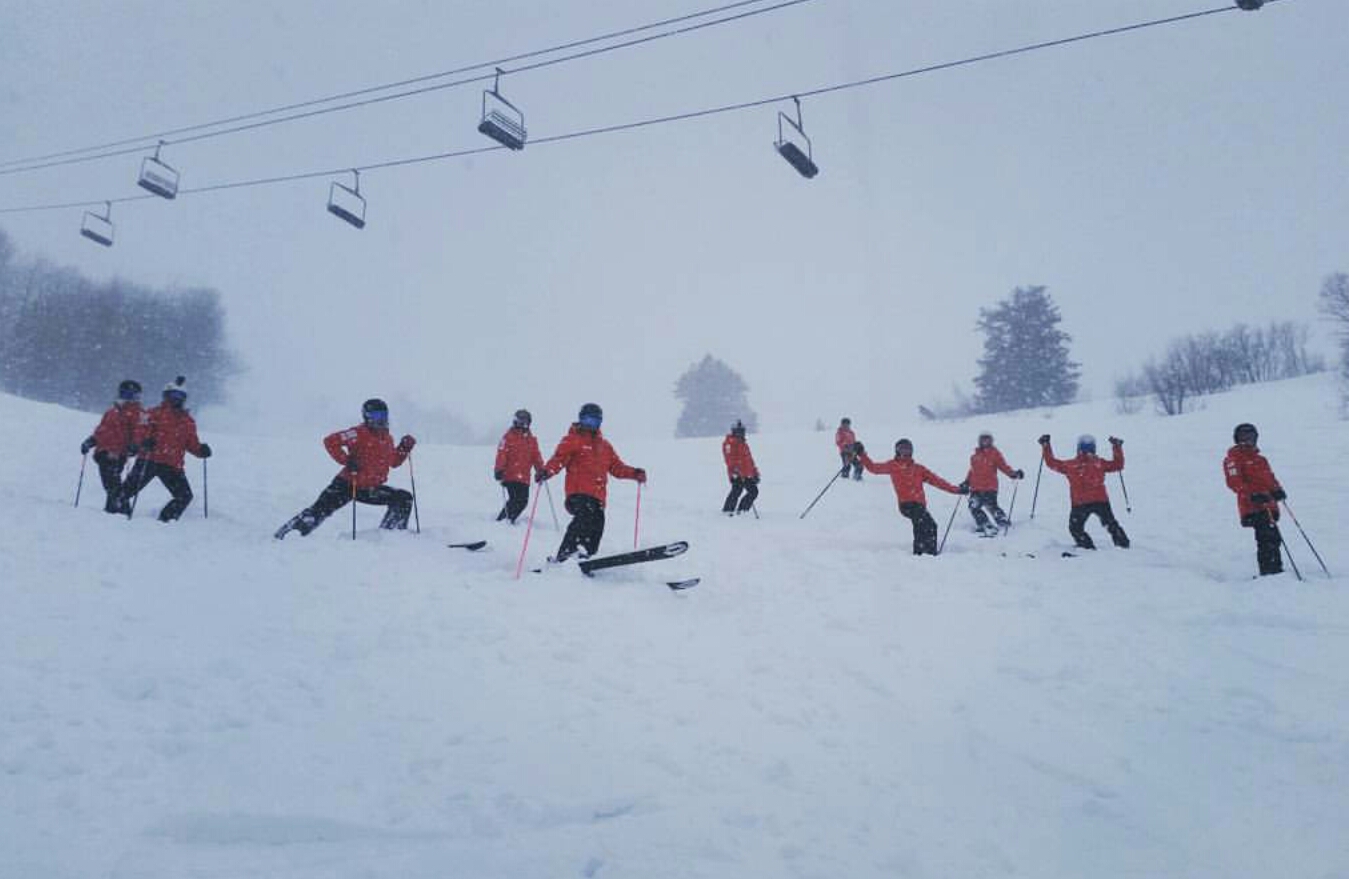