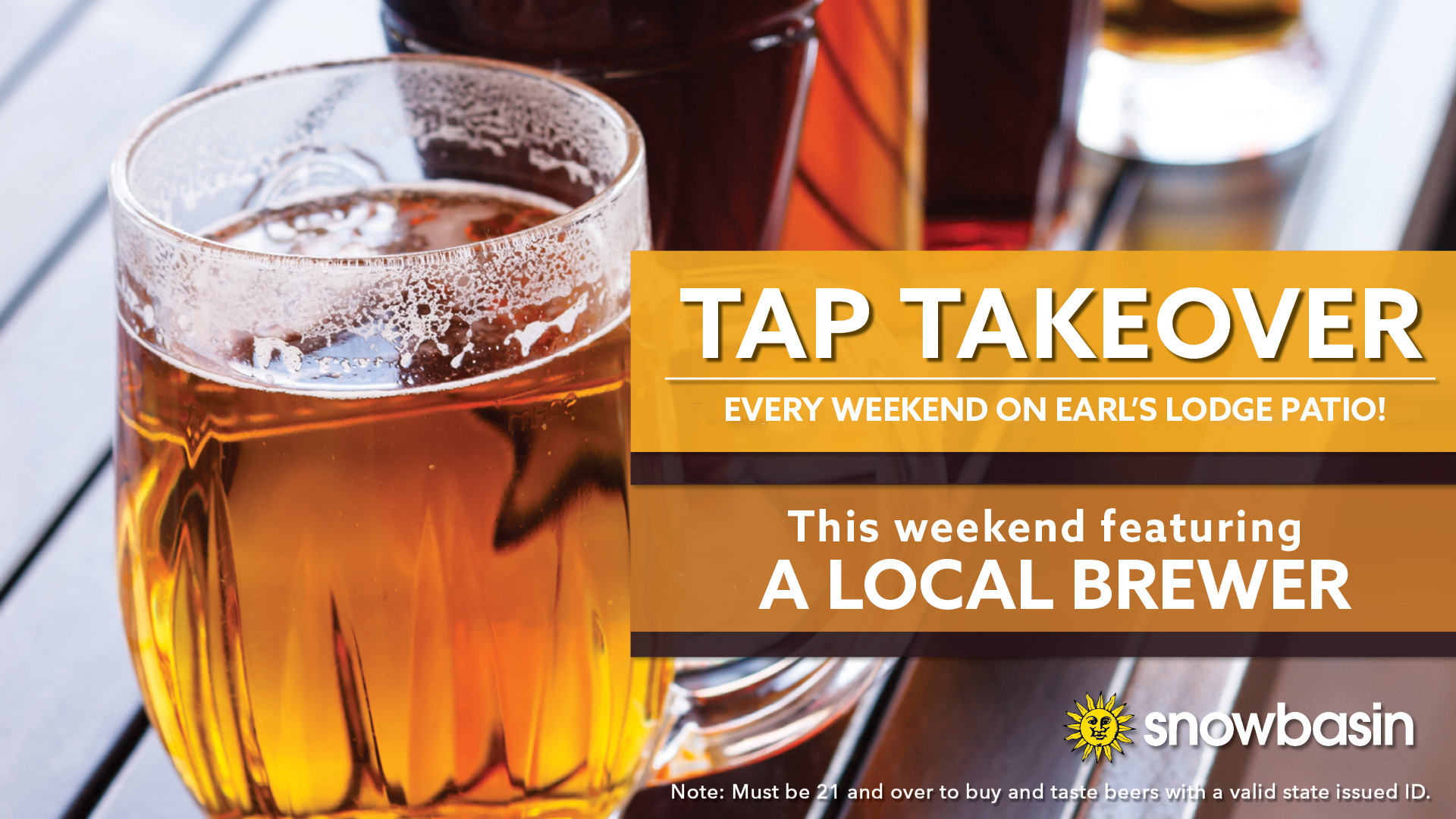 If you like beer, then join us for ‘Take Over the Taps’. Each weekend a new local Brewer will ‘take over the taps’ on the patio of Earl’s Lodge and bring their best brews to feature. The brewer will be on hand to discuss their beers as well as be there to make other guest offers and promos to Snowbasin Resort guests. Then plan for Brew Madness all through March, with 3 local brewers taking over the taps at the same time every week as they lead up to the Semi-Finals and Finals of the favorites throughout the season.