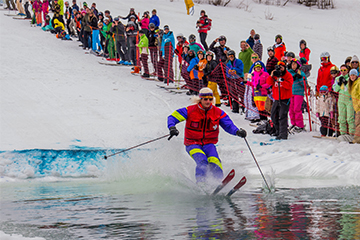 Snowbasin Resort embraces spring time skiing and riding with lots of events for the remainder of the season.

The weekend Tap Takeover is elevated with three local breweries vying for a chance to be named the favorite brewery from the Snowbasin crowd. The semi-finals kick off April 1 and 2 with Talisman Brewery and Epic Brewery. The following weekend April 8 and 9, Uinta Brewing will be facing off against either Wasatch Brewery, Squatters or Bohemian Brewery (votes are still being tallied). The winners of each of those days will come back for the finals on April 15 and 16.

Break out your spandex and best costume for Retro Weekend, April 8 and 9.  On Saturday, enjoy spring skiing and live music from 80’s cover band, Breakfast Klub. On Sunday, join Snowbasin Resort for their annual pond skim and DJ Richie from X96. The Pond Skim starts at 12:00pm. Registration is on Earl’s Plaza between 9:00am and 10:30am. Cost is $5 unless you are dressed in your best retro costume attire. 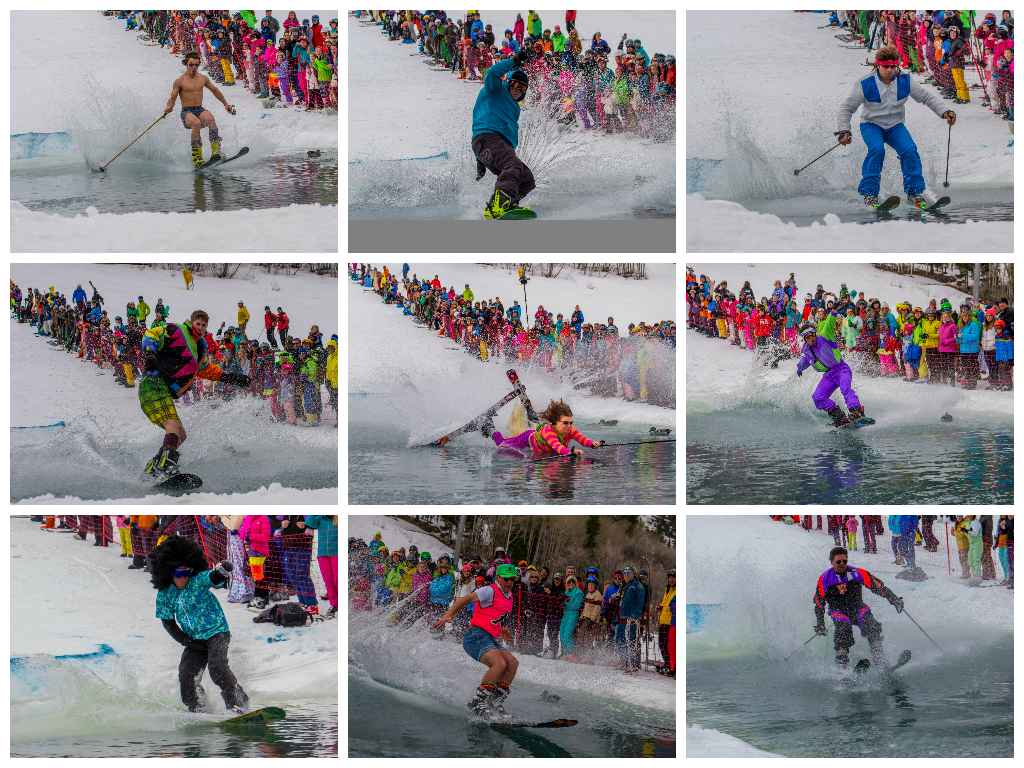 The last weekend to get your turns in is April 15 and 16. On Saturday, April 15 accompany Snowbasin Resort for a final farewell of the current Wildcat Chairlift. There will be a last chair party at the top of Wildcat following the regular operating hours. Load and ride Wildcat chair one last time at 4:00pm. Participants will need to have a day ticket or season pass. At the top there will be a toast to Wildcat at 4:30pm with beverages for purchase by cash or check. Skiers and Riders who didn’t have a chance to purchase a Wildcat chair, can enter in a drawing for one of the chairs at the top. The winner will be announced following the toast. On April 16, celebrate Easter by hitting the slopes for closing day. There will be a children’s Easter Egg Hunt in the base area at 10:00am for kids six and under and at 11:00am for kids seven to twelve years old. In addition, Snowbasin hosts their annual Easter Brunch from 10:30am-4:30pm. Reservations are required and can be made by calling 801-620-1021