SAFERmtn Basecamp
Starting today at: 11:00am 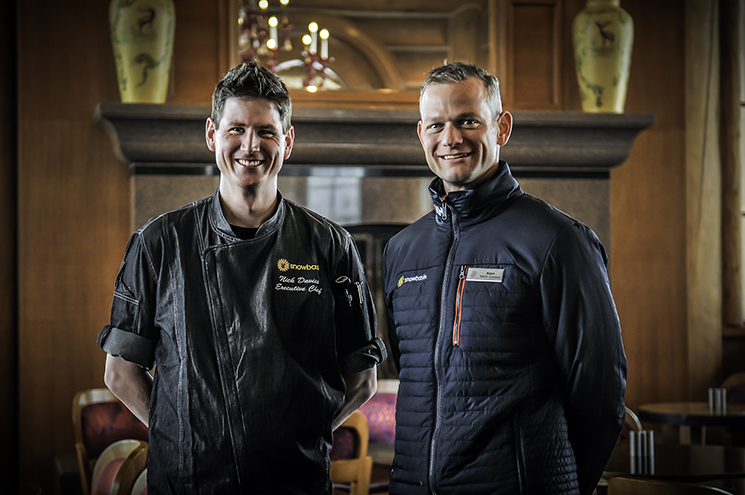 Snowbasin Resort announces a new culinary leadership team. General Manager, Davy Ratchford says, “I am very pleased to welcome Alan Dickerson, Director of Food and Beverage, and Nick Davies, Executive Chef, to the Snowbasin Team. Their vast experience and success in the ski and hospitality industries will continue to elevate the dining experience at Snowbasin. I’m incredibly excited to add such quality leadership and experience to the resort.”

Alan Dickerson grew up on the east coast, in North Carolina. He spent the majority his youth playing soccer and didn’t start skiing until he was about 17-years old. Growing up, he always had a passion for the outdoors and the mountains, even though he spent most of his time at the beach surfing or fishing.  About six years ago, he made the move from North Carolina to Montana, and he never looked back.  He worked as global food and beverage manager in Glacier National Park, overseeing three outlets.  After Montana, he made his way to Colorado was introduced to food and beverage in the ski industry, which lead him to an opportunity in Idaho to work for Sun Valley.  Before accepting this position with Snowbasin, he was the Director of Restaurants overseeing seven outlets including three mountain lodges.  In short, he has been in the Food and Beverage industry for nearly 20 years with close to 15 years in a leadership position.  He is very excited to join the team at Snowbasin and hit the ground running! 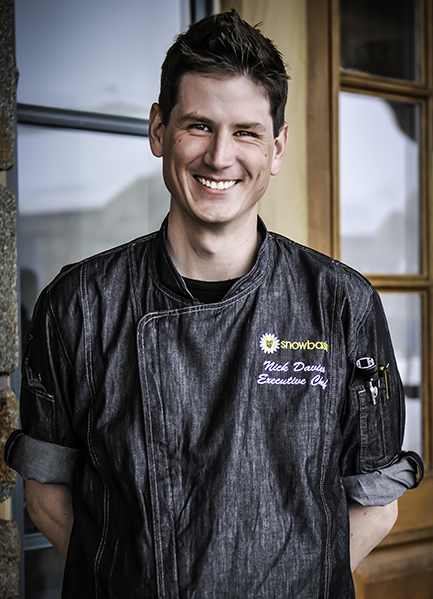 Nick Davies grew up in Littleton, Colorado with his two brothers and one sister.  He started skiing when he was 18 months old and fell in love with the sport immediately. Throughout his youth he went to ski at nearly 30 resorts and his passion grew.  After graduating high school his culinary career began. He spent the next 12 years as traveling chef.  He spent nine out of ten winters in Steamboat Springs Colorado, working at Ragnar’s, a fine dining restaurant. During the summers, he worked on two cruise ships, and the Denver aquarium as the banquet chef. He also worked in Denali National Park, at the Nenana View and Grill, and then became the head chef of Alaska Cabin Nite.  Afterwards he worked at the Historic Lake Crescent Lodge as the Chef de Cuisine in Washington State. He spent the next year living in the Philippines and traveling South East Asia. After returning he went to Steamboat for one last season and was then offered employment at the Village Station in Sun Valley Resort.

Snowbasin is pleased to welcome them to the Snowbasin family and look forward to having them complement the excellent service and dining that Snowbasin is known for.