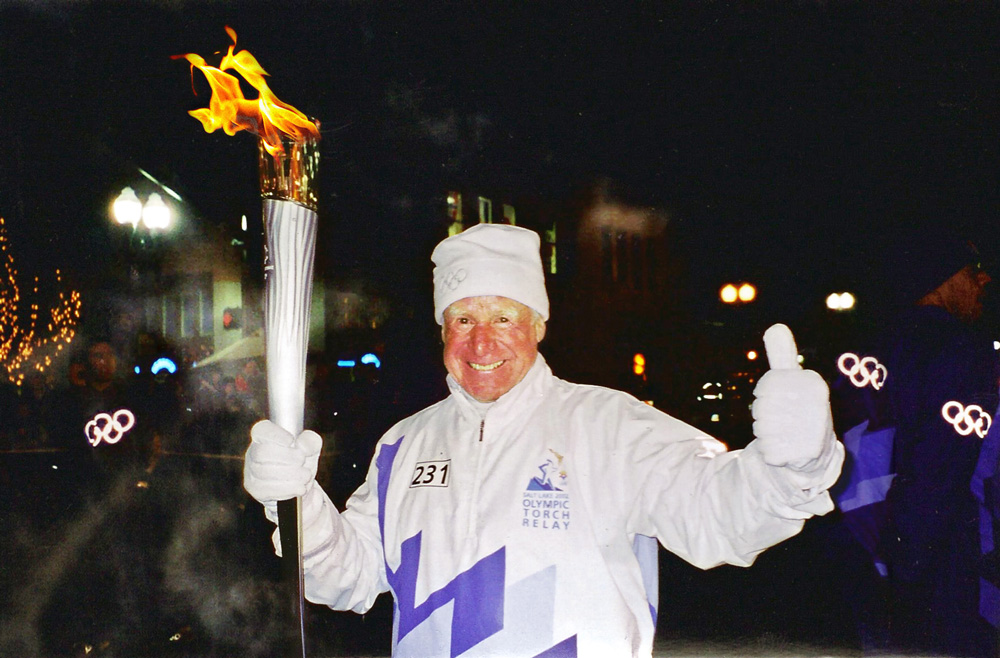 A special guest post by the Chambers Family and Derek Taylor

As the first paid ski patroller at Snowbasin, Bob Chambers had a few well-defined duties. “I had to take the first ride in the morning, and the last ride in the evening to clear the mountain,” he said during an interview in 2013. “And I was supposed to take as many trips a day as I possibly could.” He chuckled when he told me this last part, as if it were the biggest scam ever to get paid to do what he would likely be doing anyway.

Bob moved to Ogden with his family as a 10-year-old in 1940, the year Snowbasin officially opened. He remained a stalwart of the Ogden ski community up until his passing on November 6, 2016.

In 1940, Snowbasin ski area consisted of a pair of rope tows, owned by the city of Ogden and run by the parks and rec department. Ogden City at the time was a railroad hub and a national center of commerce. “25th Street was a real robust area, go-for-broke type of thing,” Bob remembered. “There were a lot of soldiers coming through, a lot of sailors going to the West Coast.”

Through World War II, Bob worked as a telegram delivery boy. “You were supposed to be 16 to work for the Western Union, but if you had a bicycle, they’d hire you,” he said. “It paid well, especially for a kid 12 years old.” Bob put the money he made into his skiing obsession, and became proficient enough that, once the war was over and the Wildcat chairlift was completed, he was able to get a job with Corey Engen’s ski school. He also raced for Ogden High School and led the team to the Knudsen Cup—a prestigious state-wide high school ski race—and the 1948 state championship. 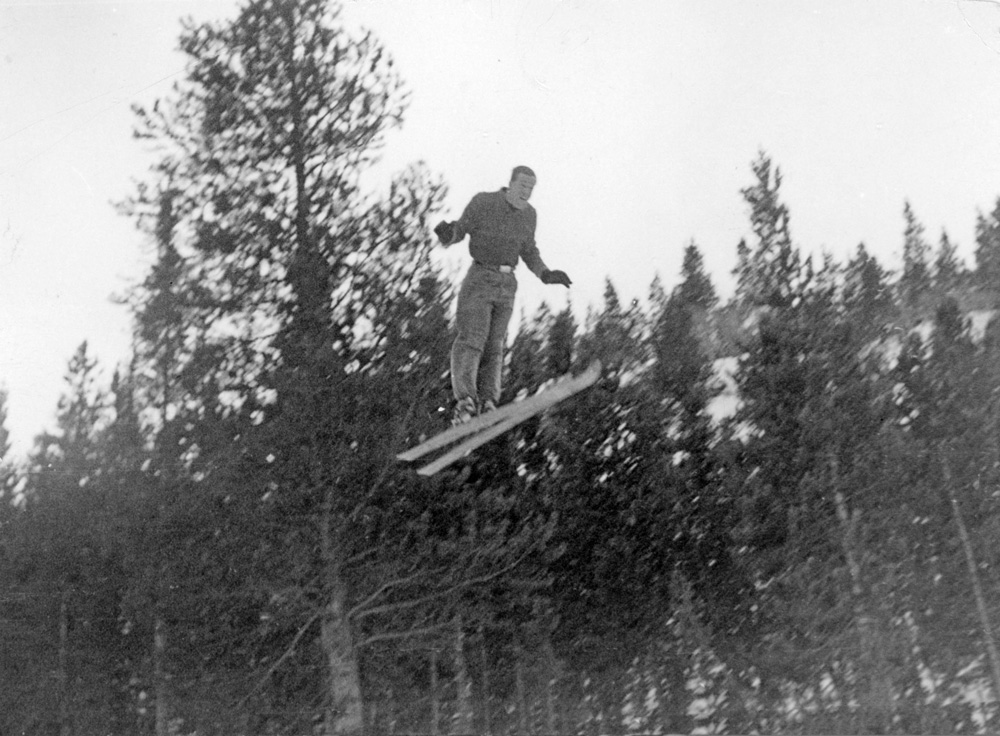 Soon, though, the country was back at war. Bob spent just over a year in Korea, serving as a medic, and was awarded the Bronze Star for Valor for saving a fellow soldier while under enemy fire. While in the Army, he applied for, and received, assignment to the Mountain and Cold Weather Training Command, where he worked as an instructor. The MCWTC was based at Camp Hale, Colorado, the former home of the 10th Mountain Division, and was tasked with teaching skiing and alpine survival to Army special forces. 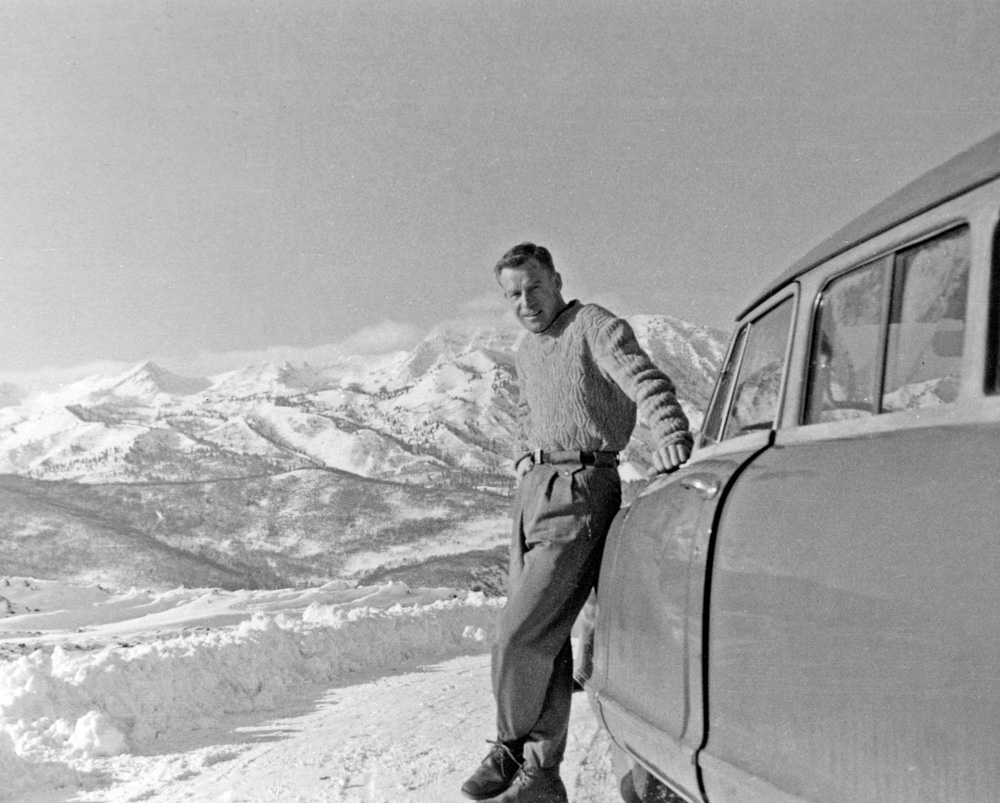 After the war, Bob received a ski scholarship to the University of Wyoming, where he won the NCAA Four-Way Championship, and served the team captain. He graduated after two years (he attended Weber College prior to the Korean War) with a degree in business and returned to Ogden where he opened Alpine Sports, the city’s first dedicated ski shop. 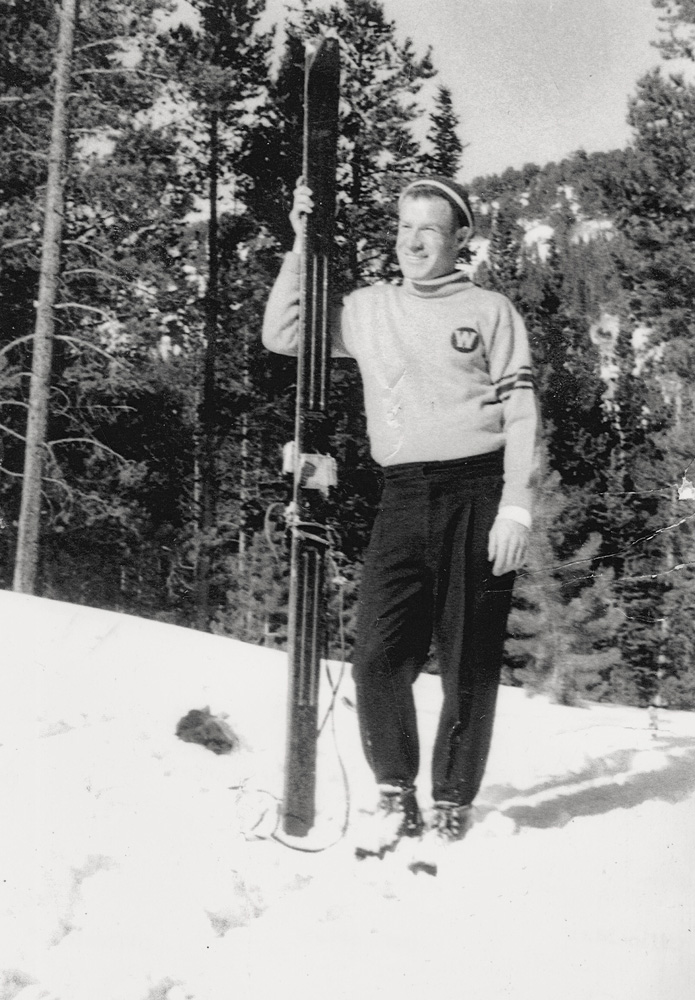 “There were two general sporting goods stores in Ogden at that time,” Bob recalled. “They sold guns, fish hooks, and a lot of camping equipment—things like that. There were probably only a half a dozen pairs of skis sold out of those stores. They just didn’t think it was that big of a deal, which it wasn’t.” Alpine Sports is still family-owned, and operated by Bob’s daughter, Bobbie.

Throughout his time operating the ski shop, and beyond, Bob remained a fixture of the Snowbasin ski scene. He was a founding member of the Mount Ogden Ski Club, and the founder and director of the All Air Force Championship ski races. After retiring from Alpine Sports, he started racing again, and won more than 60 masters races throughout the Intermountain West. He served as a torch bearer for the 2002 Winter Olympics, helped dedicate the John Paul Jones memorial at the top of the John Paul lift, and taught his four daughters and seven grandchildren how to ski. 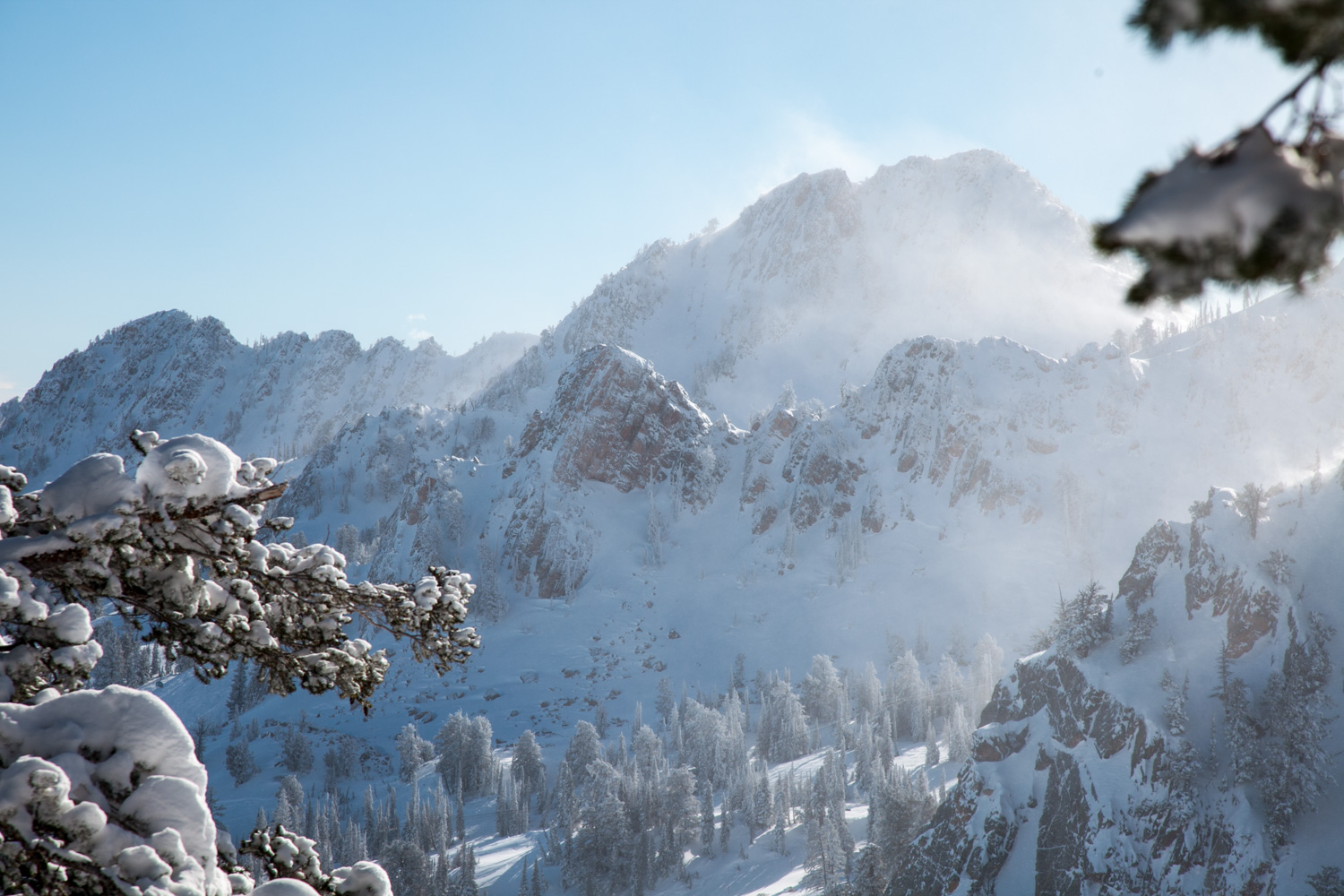 All photos, text and video courtesy of the Chambers Family and Derek Taylor.