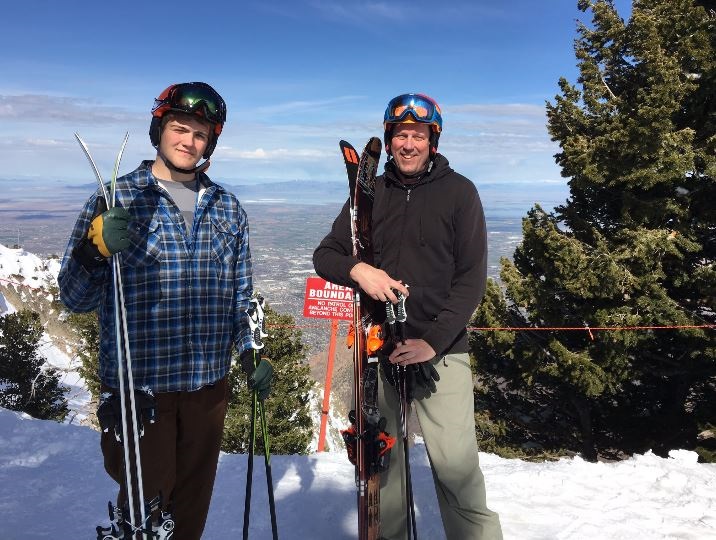 Anyone who has skied at Snowbasin Resort or shops at Alpine Sports knows this guy. You can't miss him - he's one of, if not the tallest, guy in the lift line and he might have made your skiing experience that much better.

Above left: A pic of Jeff in the Ogden High Ski Guild yearbook photo at of age 15 wearing Mother Karen's powder jacket which were very popular in the early 1980's. Middle: Snowbasin trail map from 1982. Right: Lift pass from the early 1980's.

Jeff has been ripping up this hills of Snowbasin since the 1981-82 season. It all started when a good friend of his saw him sliding across the parking lot on his shoes and suggested to him that he just might like skiing. Borrowing his friends ski gear, Jeff asked his dad to give him a ride to one of the local ski areas and Jeff, by himself with no instruction, figured it out by watching other skiers and then mimicked them. When Jeff's dad picked him up he asked if he would take him to Snowbasin the next day. At Snowbasin, Jeff skied on the old Becker double until he got enough courage to ride the more advanced Wildcat lift which at that time was the most popular lift. When Jeff crested the top of Wildcat ridge he was blown away that there were two more lifts, Middle Bowl and Porcupine. It's was then that Jeff realized he was hooked. 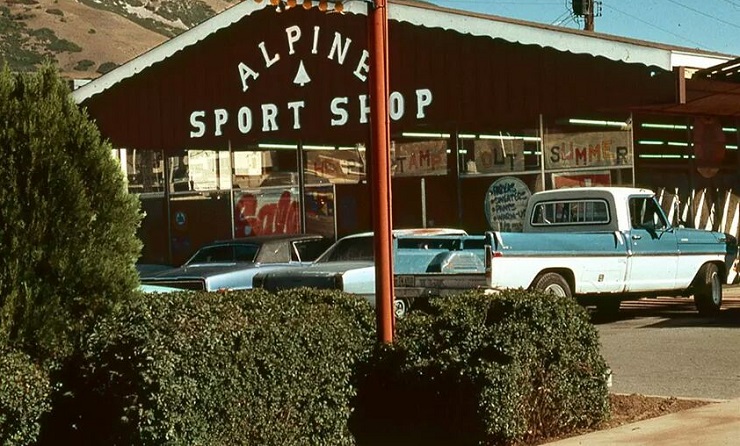 Jeff started working in the ski industry right out of High School when he was hired by Wolves Sports Shop on 23rd and Washington Blvd. in Ogden, Utah. Having no previous experience, Wolves hired Jeff for the holidays to help in sales. Back in the 1980's the Labor Day Ski Sale was a really big deal, a modern day Black Friday. Soon after Jeff was hired he moved from the sales floor and became a Ski Tech. Jeff worked for Wolves until he turned 19. 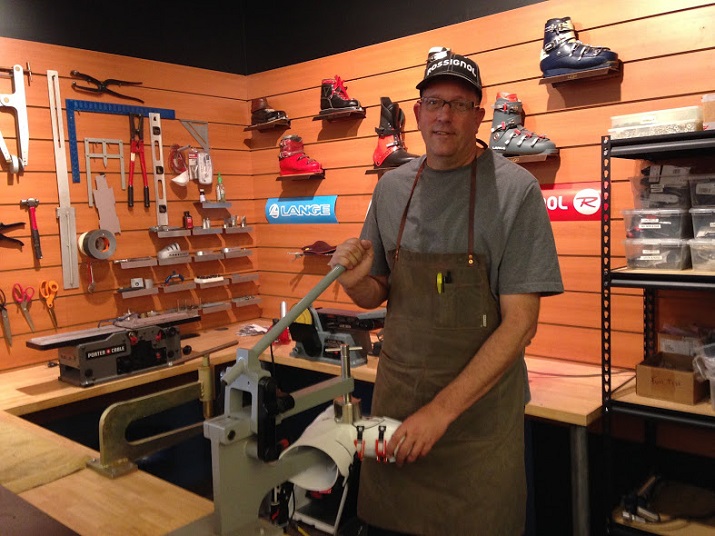 Above: “The Boot Meister” at work. Jeff can make just about any ski boot feel like a magic slipper.

Upon returning from an LDS mission to Brazil, Jeff began his career at Alpine Sports as a ski technician and then quickly moved up the ladder where he currently serves as General Manager. According to Jeff, the Chambers family (the owners of Alpine Sports) taught him everything about the retail ski business. Alpine Sports has been in business at the same location since 1955 and is known as “Utah's oldest hometown ski shop.” Jeff told me that he really enjoys working with his staff to help them provide the highest level of service, a trait that Alpine is known for. 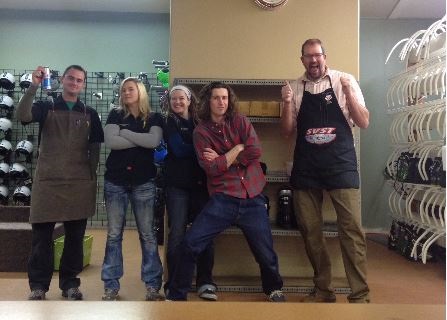 Above: Jeff and his most excellent staff at Alpine Sports.

[On a personal note, Jeff has done everything from help my wife plan a surprise for me (a new pair of skis) to make my boots fit perfectly. Thanks Jeff!!]

You can find Jeff and his son, Jeff Jr. skiing almost every Sunday. When asked, why Snowbasin? Jeff is quick to answer “It's a great mountain and you've got everything you can imagine for any level of skier. The whole mountain is skiable and you can go in-between every run too. At Basin you see different groups of skiers and snowboarders but everybody still knows each other, it's one big family.”