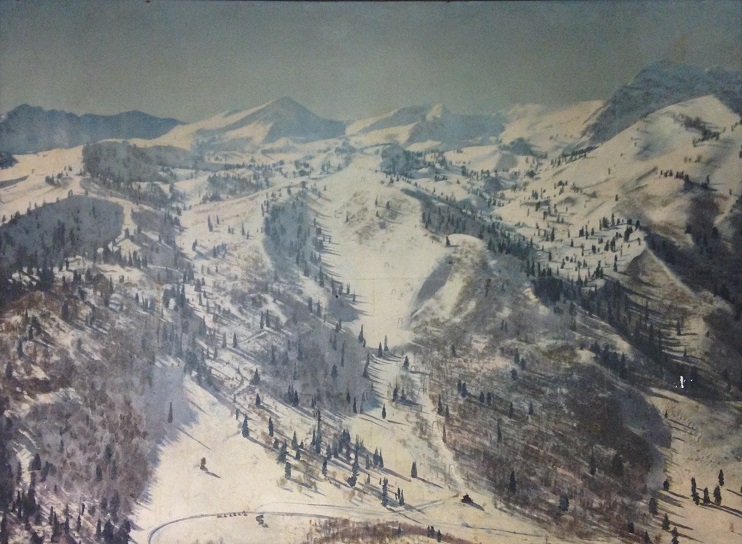 Above: Photograph of Snow Basin that is hanging in the Club House at El Monte Golf Course. Mid 1940's.

You can't operate a ski area without a ski patrol and Snow Basin created one of the finest. This is the first of several installments about the Snow Basin Ski Patrol. When you join the ski patrol, you become part of a brother/sisterhood that tends to stay together for years, and even decades. Both former and current members of the Snow Basin Ski Patrol have been very helpful in my quest for old photographs, information, contacts and great war stories. On opening day of the 2015-16 season I happened to strike up a conversation with a local skier while waiting for the opening bell. The skier turned out to be Tommy Lee, a ski patroller from the 1970's. Tommy and I ended up talking for a good hour and we even took a few runs together. Tommy educated me on a few patrol terms, pointed out one or two historical locations, and gave me a couple names of former ski patrol to contact for more info.

If you have any photos, memorabilia, or great Snowbasin stories that you would like to share, please contact me at: .(JavaScript must be enabled to view this email address). I'll be collecting throughout the 2015-16 season.

“December 1941 – Dr. Arthur Perkins (MD) invited to take over the Ski Patrol. Members and others donated 12 toboggans and were privileged to have their names printed on the front. The Patrol learned of a National Ski Patrol and took part. Dr. Perkins continued to lead the Snow Basin Ski Patrol for 15 years. Being a medical doctor, he personally conducted training in First Aid and insisted that all Patrol members take First Aid classes at the Red Cross.” 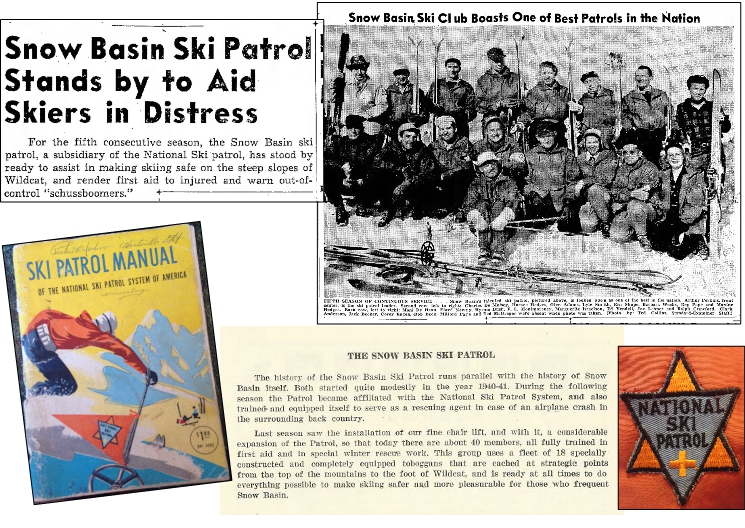 I visited Boyd at his home a few months ago. When he introduced himself, he said that he is addicted to skiing. I knew right then and there that I was in the right place. While visiting Boyd he told me a story of how Ted McGregor, a city employee and tow operator, would drive up 24th street on his way to Snow Basin, he would drive a city owned flatbed truck and pick up kids along the way, they would sit on planks in the back of the truck. Boyd said “it was cold ride up”. Upon arriving to Snow Basin the boys would help Ted with his setup by digging the rope tow out of snow drifts then they would ski for the rest of the day.

For most of his life, Boyd has been a avid collector of skis, boots, poles and just about any other ski memorabilia. He also has one of the original Wildcat single chairs that he restored himself. Boyd also has a nice ski exhibit at the Ogden Union Station that he named: The EVOLUTION of Skiing 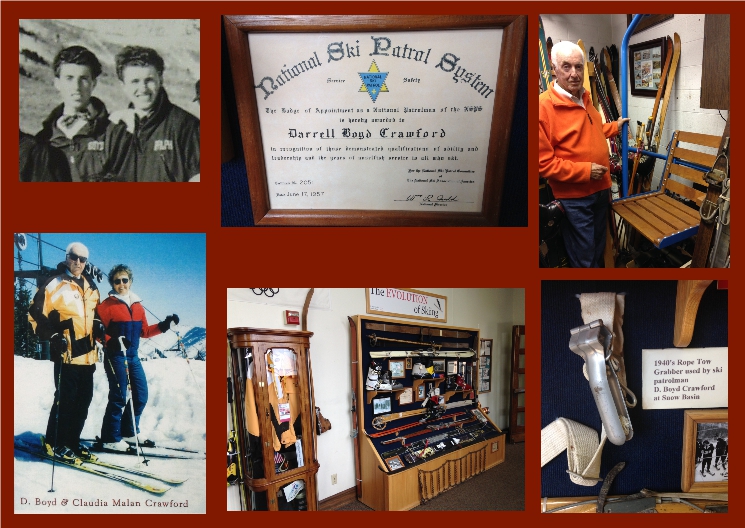 Corey Engen and the Ski School

After Bert Jensen's stint as the Ski School director, Corey Engen, the youngest of the Engen Brother's was hired. As well as being a good ski instructor and racer, he was well known and respected in the ski industry. Having Corey on staff helped Snow Basin gain recognition. Corey ran the Ski School and concessions until the mid 1950's when he moved to McCall, Idaho. 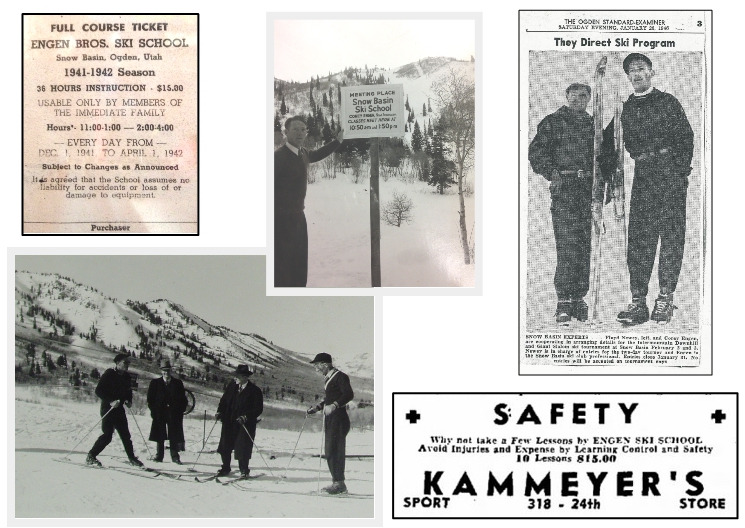 Snow Basin's first permanent lodge was constructed by CCC (Civilian Conservation Corps) labor in the summer of 1941 but wasn't completely finished due to lack of Forest Service funds. Because of this the Ogden Ski Club stepped in and helped finish the lodge, including construction of the rock fireplace. It was finally completed in 1943. The lodge was owned by the National Forest Service and was officially referred to as: Forest Service Shelter. Because it was a shelter, it had to be open 24 hours a day in the event someone was in need. Floyd and Twilla Newey were the first to run the concessions. Alan Miller's family ran the concessions in the 1950's and Alan remembers that they had to have someone at the shelter 24 hours a day during the ski season to prevent theft and vandalism. 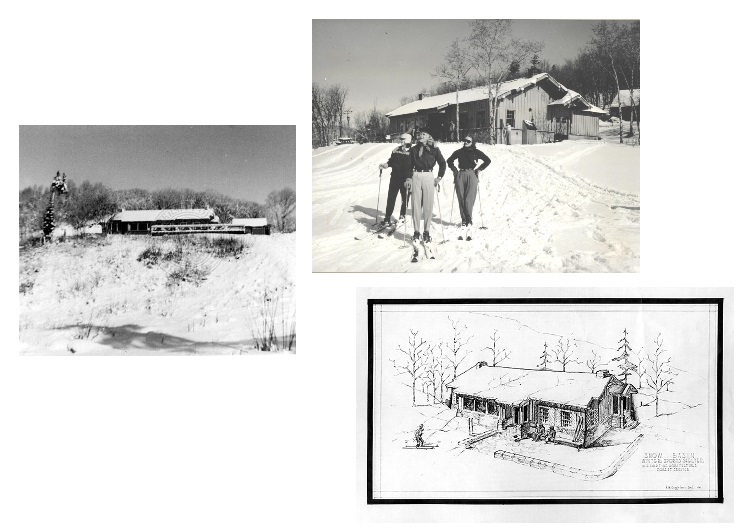 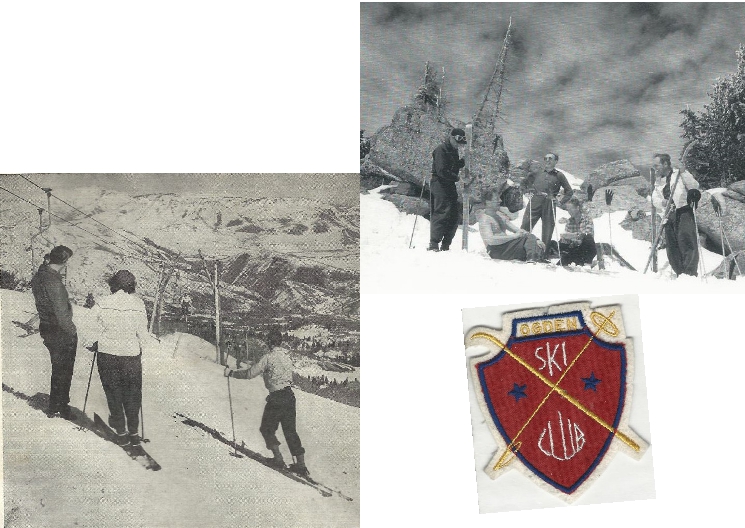 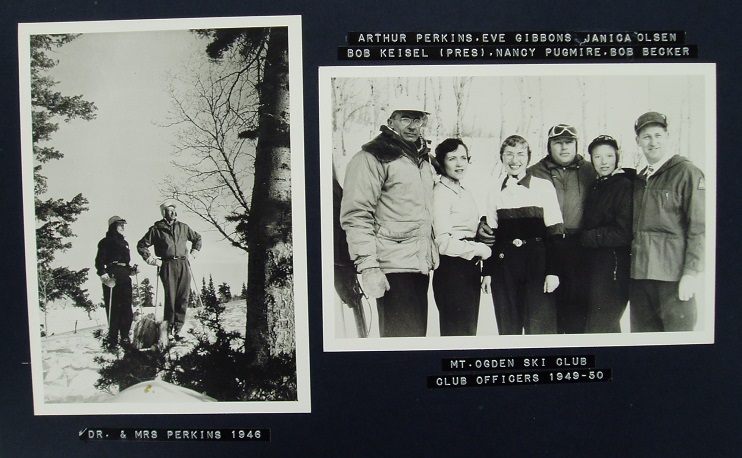