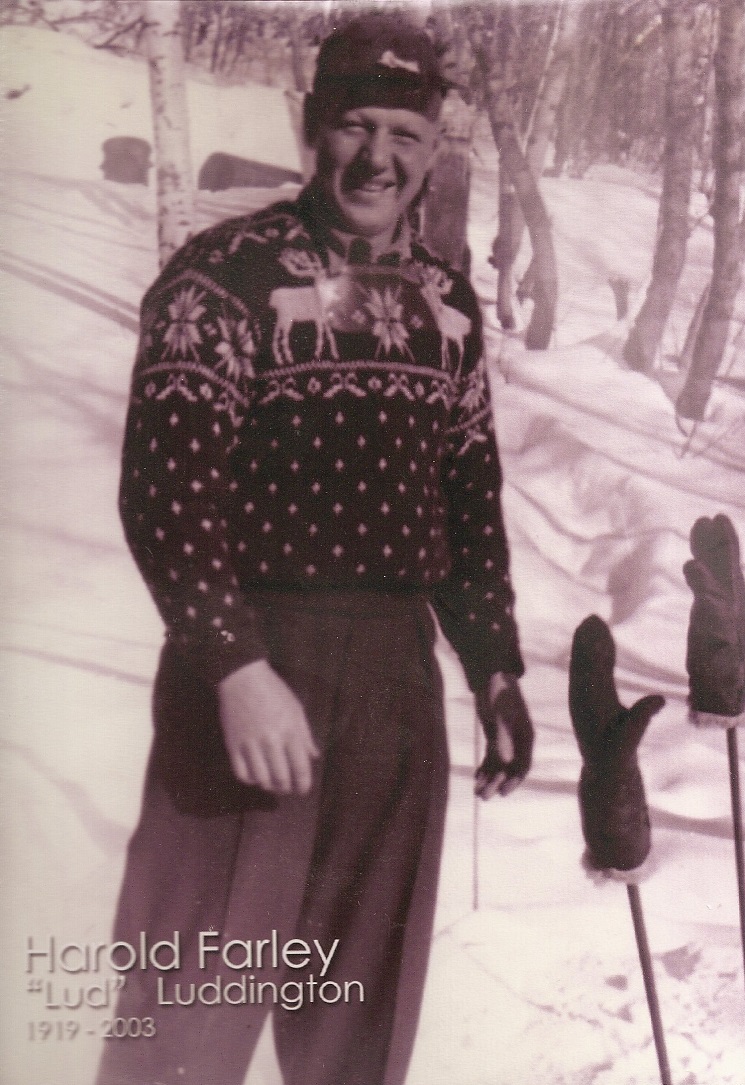 Harold was known by everyone simply as Lud. He started skiing at Snow Basin the first year it was open and he joined the National Ski Patrol in 1951. He served Snow Basin for over 40 years and was usually the first on the slopes on Saturdays and always the last to leave; making that final sweep to be certain no one was stranded on the hill.

Lud said in an interview with the Standard Examiner in February 1991 regarding his time at Snow Basin, that “he wanted to serve and the patrol needed help.” The ski patrol helped to prepare new trails in the summer and brush and groom existing trails. They learned how to handle heavy, wooden toboggans to transport an injured skier and each patrol member had to learn and remain certified in first-aid. This was all volunteer service and Harold loved every minute of it. 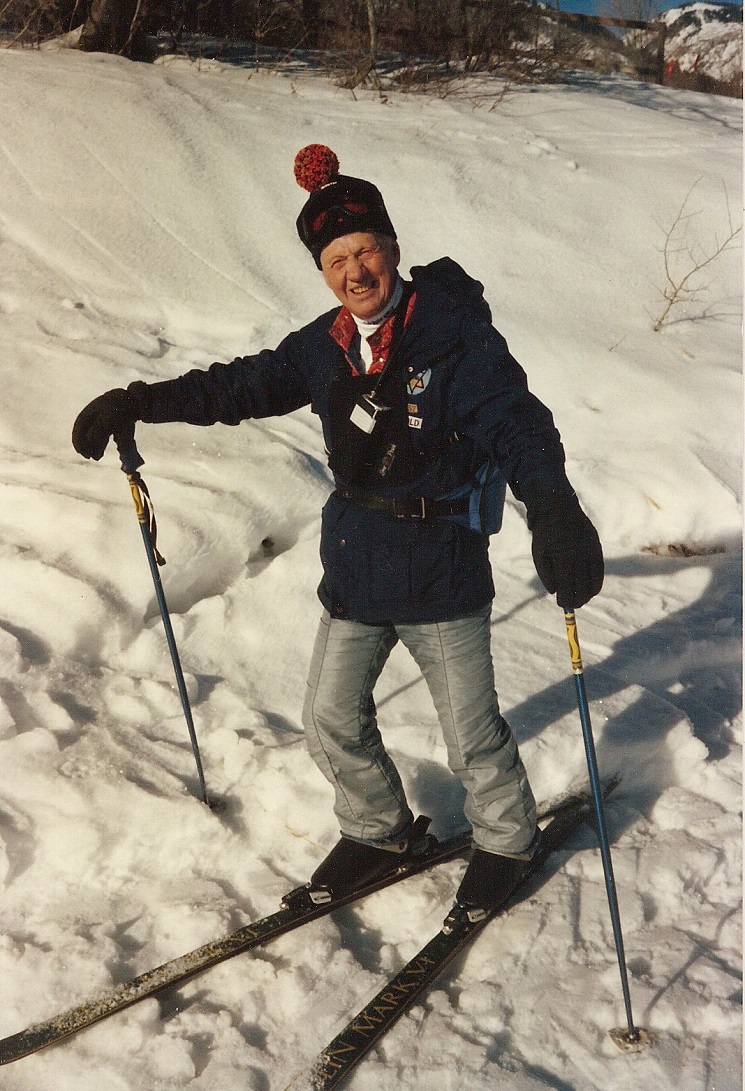 His greatest joy was seeing and helping people have a good time. He never worried about going fast down the hill. He said, “Ski to enjoy the day and the companionship. You are never too old to ski.” In the late 1950’s Harold and a group of friends decided to form a club with the sole purpose of promoting skiing and good family time. The Mt. Ogden Ski Club was formed in 1960 and they built a large A-frame cabin a little North of the old upper parking lot. Many of the members were either on the ski patrol or were instructors in the ski school at Snow Basin. All of their family members learned to ski and were dedicated supporters of Snow Basin. This club existed for about 40 years and the cabin is now owned by Snowbasin Resort. 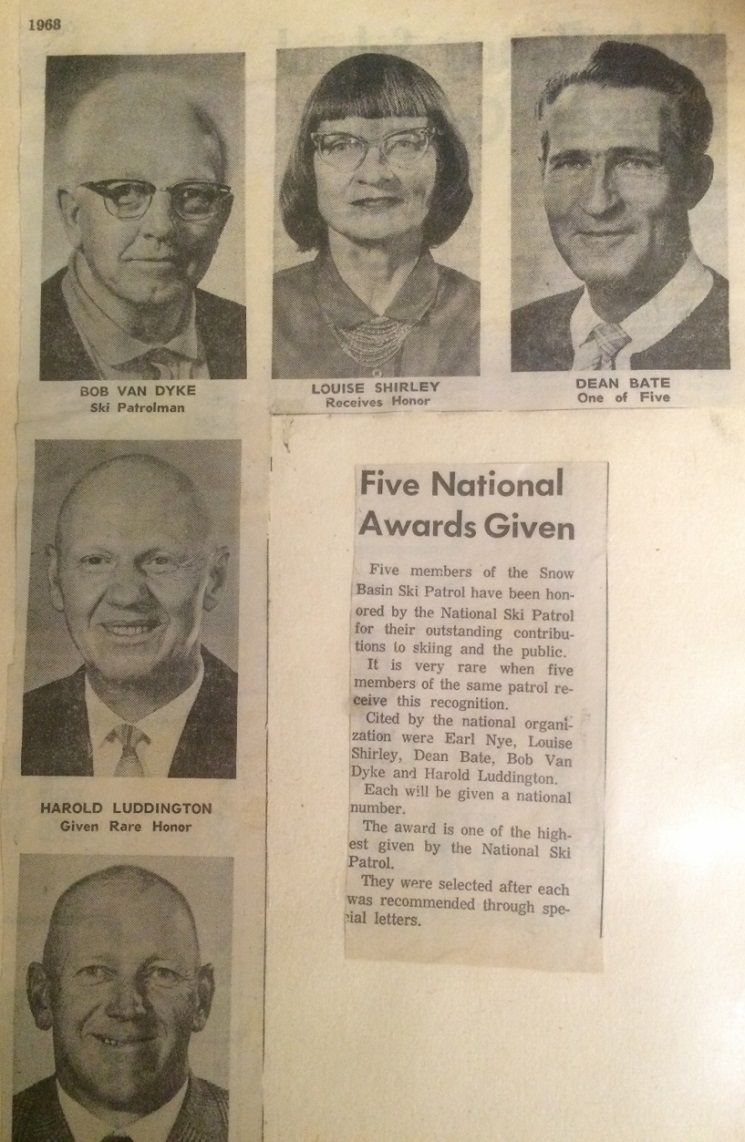 The Snow Basin Ski Patrol earned national recognition for their outstanding contributions to skiing and the public in 1968. 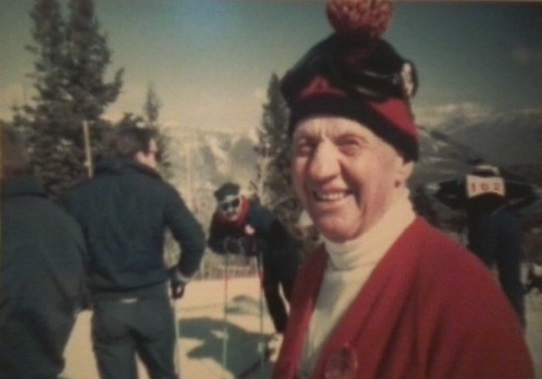 Snow Basin was host to the Hill Air Force Base International Ski Races for many years and Harold Luddington was Chief of Race for most of the years. The resort offered great hospitality and challenging courses. Harold was honored many times for the excellent, smooth running of the races. This photo was taken in February 1990; Lud was 71. 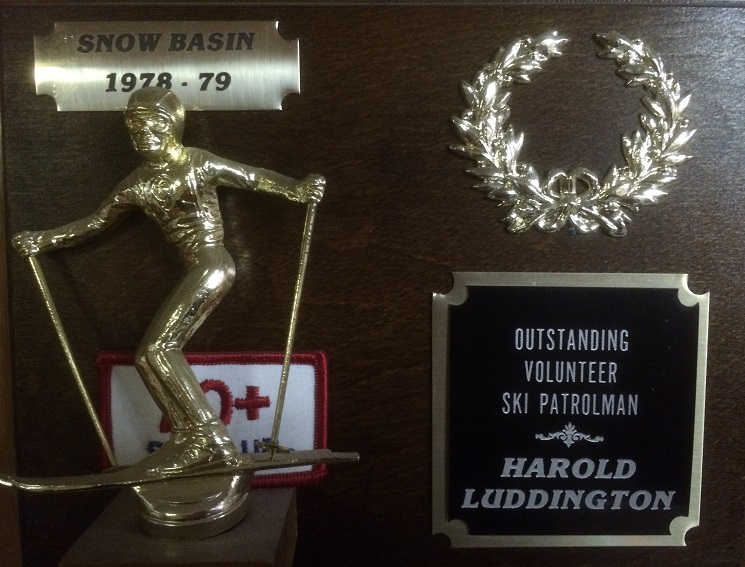 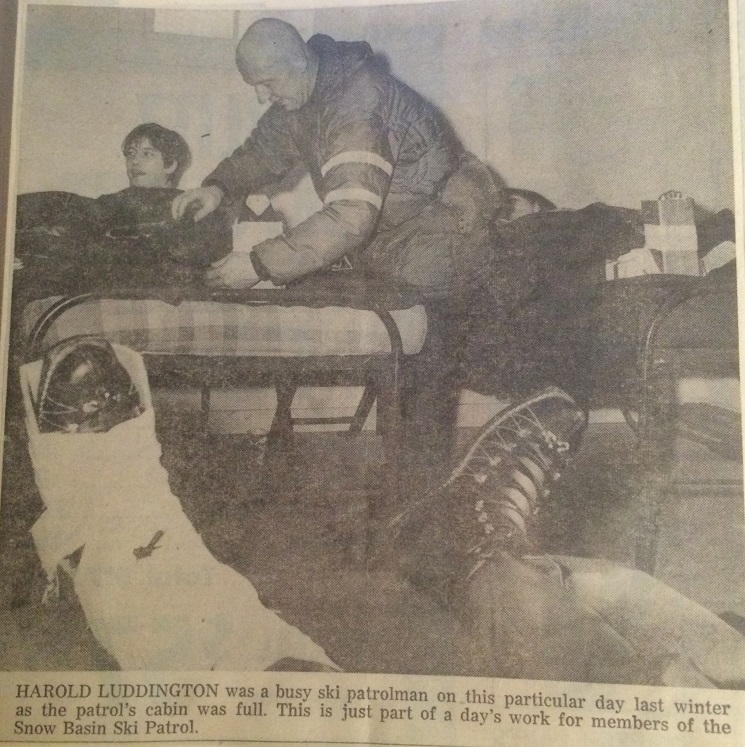 Lud was always ready and willing to help, serve, and make you smile, even if you were hurting. Hot chocolate was always available in the patrol cabin for the injured or just a skier who needed a little comfort. 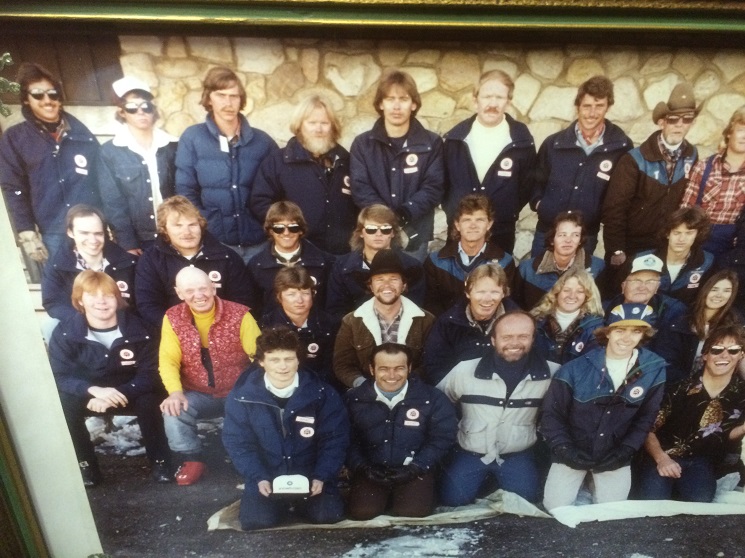 Lud was 72 when Snowbasin transitioned from an all-volunteer ski patrol to a paid professional ski patrol. Even though he was well qualified, there were many persons much younger that wanted the work, so he left Snow Basin and went to Nordic Valley to patrol for another 6 years.

I would like to thank Mary for sharing this great story about her father.

I have been meeting many wonderful people on my quest for acquiring Snowbasin history, mostly through networking with fellow Snowbasin fanatics. I met Mary through her daughter, Toby.  Toby follows my Instagram page: skiing_is_life_in_801 where she noticed an old Snowbasin photo I had posted and told me about her grandfather; I knew right away that a story about “Lud” would be perfect for the 75th Anniversary Blog.

I would love to post more stories like this. If you have a friend or relative that has been a part of Snowbasin history, please contact me to submit your story at: .(JavaScript must be enabled to view this email address)